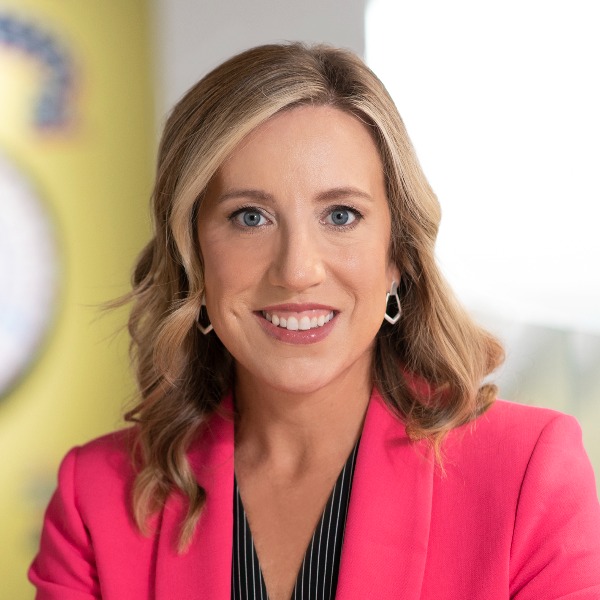 Kristi is dedicated to creating a unique workplace culture with policies that value families, flexibility and health. Under Kristi’s leadership, Media Minefield has won numerous awards including Best Places to Work and is Great Place to Work Certified™. The company has also landed on the Inc. 5000 list of fastest-growing private companies three times.

Kristi was named one of Minnesota’s 500 Most Powerful Business Leaders in 2020 and 2021. In 2019, she was named a Women in Business honoree by the Minneapolis/St. Paul Business Journal and a Women 2 Watch nominee by Women Presidents’ Organization.

Kristi is passionate about leveling the gender disparity found in all levels of leadership and supporting entrepreneurs of all genders and ethnicities. As a founding member of the Women in Entrepreneurship Institute at DePaul University, Kristi educates and mentors emerging female entrepreneurs.

Kristi studied Professional Writing and graduated with honors from Bethel University. In 2015, Bethel named her Alumna of the Year, and she joined the Board of Trustees in 2020. Kristi is one of five women who launched The 25 in 2021, a four-year cohort program at Bethel that aims to empower women to use their strengths, passion and skills to uncover their potential.

Kristi is a strong believer in the power of stories and launched the Flip Your Script podcast in 2020. The podcast has eclipsed more than 20,000 lifetime downloads with listeners in 76 countries. She is honored to host the show and interview people who faced a critical turning point in their life and explore how they found the inspiration to move forward and rewrite their own unique story.

Kristi is an experienced keynote speaker and is frequently interviewed on various local and national news outlets. She is also a contributing writer for Inc. Masters, an invitation-only network of Inc. 5000 alumni CEOs and founders.

Connect with Kristi Piehl on MatchMaker.fm