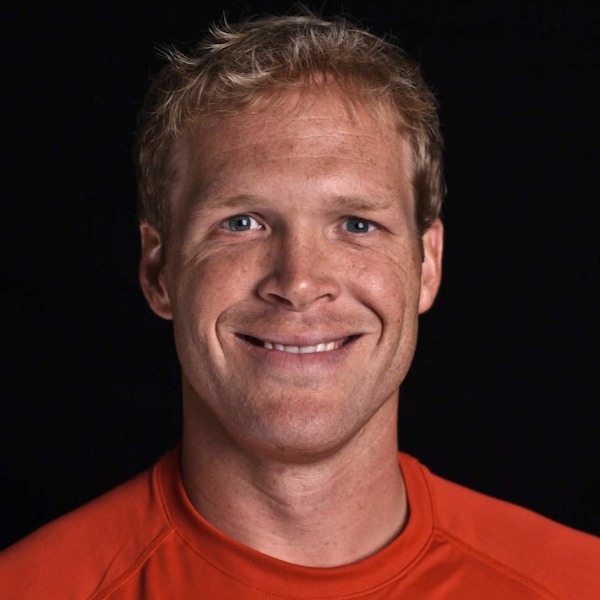 Patrick Dossett is co-founder of Madefor, a company that harnesses the power of science to build resilience in individuals and organizations through habit formation. As President and CEO, Patrick works alongside a team of subject matter experts in the fields of neuroscience, positive psychology, and health and wellness to deliver world-class programming for its members. He leads a team at Madefor that fiercely believes in the mission: a better world begins with the best you.

As a graduate of the US Naval Academy, where he was an All-American boxer and team captain, Patrick is no stranger to the constant pursuit of mental and physical resilience. After graduation, he spent the next nine years as a US Navy SEAL, honing his ability to thrive in and lead through adversity.

As he transitioned out of the Navy, Patrick saw a need in the special operations community for rapid resource deployment to operators and families dealing with acute situations like injury or loss. He co-founded the Tip of the Spear Foundation, where he oversaw over one million dollars in distributions before stepping down to continue his post-graduate education at the Wharton School of Business. As a Tillman Scholar at Wharton, he earned his MBA with a focus on entrepreneurial management and received the Harker Wharton Way award for service.

He spent a few years in Innovation and Operations at Google before striking out on his own to change the world with Madefor. Each step in his career has reinforced Patrick’s learning about what it does and does not take to face physically and mentally challenging circumstances, and to come out the other side a stronger, more effective and more confident individual and teammate. Those experiences have shaped his belief that all individuals are equipped with the ability to unlock their own potential, and he is passionate about making the science and tools proven to build those skills accessible to every person.

Patrick loves the water, whether it's surfing, swimming, or just being near it. He currently lives in Los Angeles, CA with his wife, twin daughters, and their family cat. They are eagerly awaiting the arrival of a baby boy later this year.

Podcasts he's been on:

Connect with Patrick on MatchMaker.fm