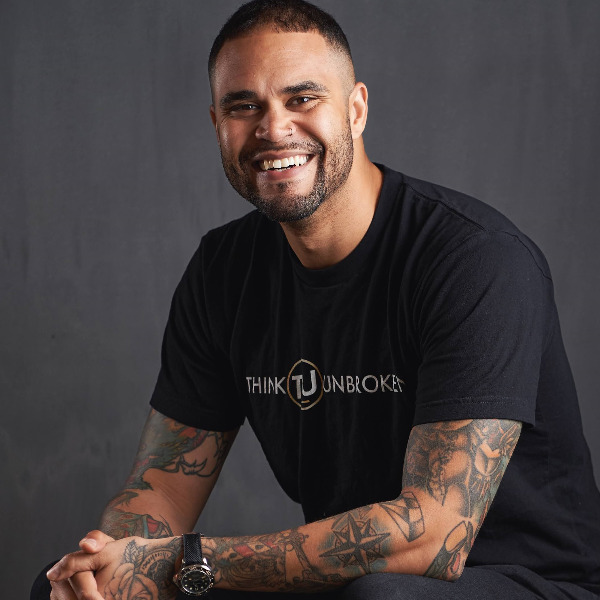 From homeless to hero, Michael Unbroken, is the Founder of Think Unbroken, best-selling author, award-winning speaker, podcast host, coach, and advocate for adult survivors of childhood trauma. Since 2016, Michael has empowered over 100,000 trauma survivors to get out of The Vortex, learn to love themselves, and become the hero of their own story. Michael has spoken in over 80 countries, won investments from Undercover Billionaire Grant Cardone, and is on a mission to end Generational Trauma in his lifetime.

Unbroken to get unstuck, learn to love themselves, get "Out of The Vortex" and reclaim their power. We believe that by creating palatable and practical tools that Trauma Warriors around the world can overcome their past, heal from trauma, and BECOME THE HERO OF THEIR OWN STORY!

Trauma-informed Coach with certificates and certifications in:

Healing from the Bottom Up: How to Help Clients Access Resource States

The Essentials of Effective Trauma Treatment: How to Go Beyond Technique

Treating Trauma Clients at the Edge

Michael was born to a hyper-abusive drug addict mother who cut his finger off at 4 years old, a step-father you pray you never have, and a racist grandmother that pushed him into an identity crisis. By the time he was 9, his family was in poverty and often homeless all while being members of the Mormon Church. At twelve, he was adopted by his grandmother and quickly turned to drugs and alcohol to survive the continuing abuse. Despite multiple learning disabilities and not graduating high school on time, Michael found success in Corporate America in his early twenties.

However, success only made things worse. Michael found himself morbidly obese, high and drunk daily, and ultimately self-sabotaging everything around him. It was not until finding his inner power through his Mirror Moment and choosing to do whatever it took to work through childhood trauma that his life really began.

Michael Anthony is the author of the best-selling book Think Unbroken and is a coach, mentor, and educator for adult survivors of child abuse. Michael spends his time helping other survivors get out of "The Vortex" to become the hero of their own story and take their lives back. Michael hosts The Michael Unbroken podcast, teaches at Think Unbroken Academy and is on a mission to create change in the world.

Connect with Michael on MatchMaker.fm