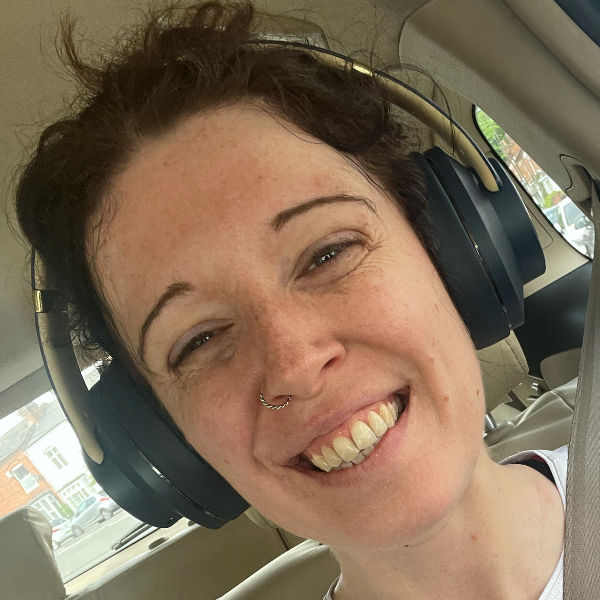 “Survivor of an RTC that killed my bestfriend. I am physically disabled with mental health issues. I want to share my story to help others.”

In 2014, I was hit by a car travelling 101mph whilst standing in a bus stop in Birmingham. I woke from a month-long coma to learn that I hadn’t been alone and that I would need a wheelchair for life. My oldest friend Rebecca had been killed at the scene. I had completed my degree the day before the crash. We were 21 years old.

I woke up to a different world, filled with an insurmountable amount of pain, with no idea how to fit back into my old life. I couldn’t move a single part of my body and had to relearn everything. From bending my fingers to eventually, after months of rehabilitation, being able to stand up and take my first steps with my now disabled and permanently fatigued body.

I suffered from a traumatic brain injury, received 12 units (roughly 12 pints) of blood, and eventually learned all the parts of my body that were impacted. I sustained fractures to my left arm, right wrist (which required three separate surgeries), the whole of my left leg, collar bone, sacrum, several bones in my neck, and my right hip was shattered to pieces. Both lungs had collapsed and had filled with blood. I couldn’t see properly, suffering from double vision caused by the head injury. Nerve damage to my left arm resulted in the inability to move it, and nerve damage to my left leg resulted in the inability to move my foot.

For the first five months in hospital, I was in immense pain. This was mainly because of an unusual phenomenon called ‘heterotrophic ossification’, HO for short. This is the term used for bone growth outside of the skeleton. Bones were growing throughout the muscle of my right hip. When I started mobilising, I discovered that the bone growth had fused my right hip into place. I could no longer move my right leg freely, bend my leg from the hip, or reach down to dress myself/pick things off the floor. The nerve damage in my left foot means I suffer from nerve pain 24/7, and always will.

I have no memory of the crash or the weeks before, so I found it impossible to grieve until five years later. I experienced a living nightmare I could not escape – a psychotic episode where I believed I was evil, I’d died in the collision, and I was in hell. I believed I had to re-live the crash. The police picked me up while I was stationary in my car on the motorway in the pitch black, waiting to be killed.

I was sectioned: this would be my first experience of a mental health facility but not my last. That night marked a turning point. My psychosis became my salvation. I’d been a walking pressure cooker, but my complete psychological breakdown was the release I’d needed. My stay in mental health facilities meant I met extraordinary people who helped me feel connected to my humanity again and gave me plenty of reasons to laugh – at myself and the situation.

I now volunteer for Scope, the disability equality charity, and I volunteer as a cuttings editor for a Talking Newspaper, which gets read out loud for the blind and partially sighted. I am training to be a counsellor and aim to help as many people as possible cope with anything life has thrown at them. In April, I completed a wheelchair challenge where I wheeled 100 miles in April to raise money for RoadPeace. This took 45 hours of wheeling.

I have a blog, This Too Shall Pass, which has received 94,874 hits to date. I started writing this 2016 to make sense of my recovery. I continued because getting other people to understand even a fraction of what I was going through became my therapy. Being able to help people in the process was a bonus. I have received countless messages thanking me for sharing my recovery online.

I’m writing a memoir about all that I have overcome. It’s about how I came back from trauma, re-discovered joy and learned to savour life again. It’s also a story of the incredible people that surrounded me, uplifted me, and ultimately saved my life.

Connect with Harriet on MatchMaker.fm